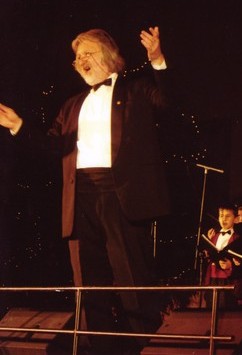 Marek Łakomy was born in Poznań, and it was there where he graduated from Musical Academy in the following faculties: Musical Education in prof. Stanisław Kulczyński's lass, and Composition, Conductoring and Music Theory in the master class of prof. Stefan Stuligrosz. He also completed postgraduate studies from culture managing in Szkoła Główna Handlowa in Warsaw.

These days he cooperates with artistic organizations in Kalisz (Kalisz Philharmonic Society, W. Bogusławski Theatre, Culture and Art Cenre), and he is engaged in educational activity among children and youth.